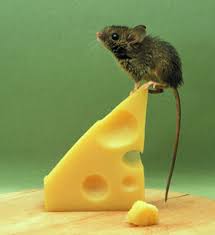 Being a relatively peaceable person, I am not prone to bouts of murderous desire first thing in the morning. Nevertheless, early in the morning the other morning, before it was even light out, I stumbled into the kitchen and found a mouse running around in the sink. Oh great, I thought. Here it is, six in the morning, I just woke up, and now I have to kill a mouse.

My sink is pretty deep, and there were a few dishes scattered around in it, so with the mouse hiding under a tupperware container, I proceeded to prepare Lewis's morning meal and ponder my options.

A friend of mine had only recently brought to my attention the recent outbreak of hantavirus associated with Yosemite National Park. Having simply driven through Yosemite five months prior, I figured there was little risk of me having contracted this deer mouse-born disease. However, some light research tipped me off to the fact that apparently the majority of hantavirus cases occur from mice in the home. My decision was clear: the mouse would have to die.

Grabbing a handy tupperware, I moved the toaster oven away from the wall. The mouse faked left. I blocked it with my hand. It ran right. I tried to cover it with the tupperware. It broke left and slipped past my hand, across the back of the sink, and hid behind the radio. I pulled the radio out. The mouse stared at me. I hazed it from the left. As is broke right, I brought the tupperware down over it.

It jumped and squeaked. My heart melted. Thinking only of the fear in the rapidly beating heart of my little hantavirus-infested visitor, I slid him off the counter with the tupperware onto a magazine, trapping him inside.

Maybe some other day I will wake up with murderous thoughts on my mind. Maybe future rodents should quiver in fear because of my wrath. As for this mouse, I carried him out to the alley behind the house. Setting him free, he squeaked and ran under the neighbor's garage wall. I hope he's grateful. And that he keeps his mouse diseases to himself.
Posted by Amanda at 8:38 PM